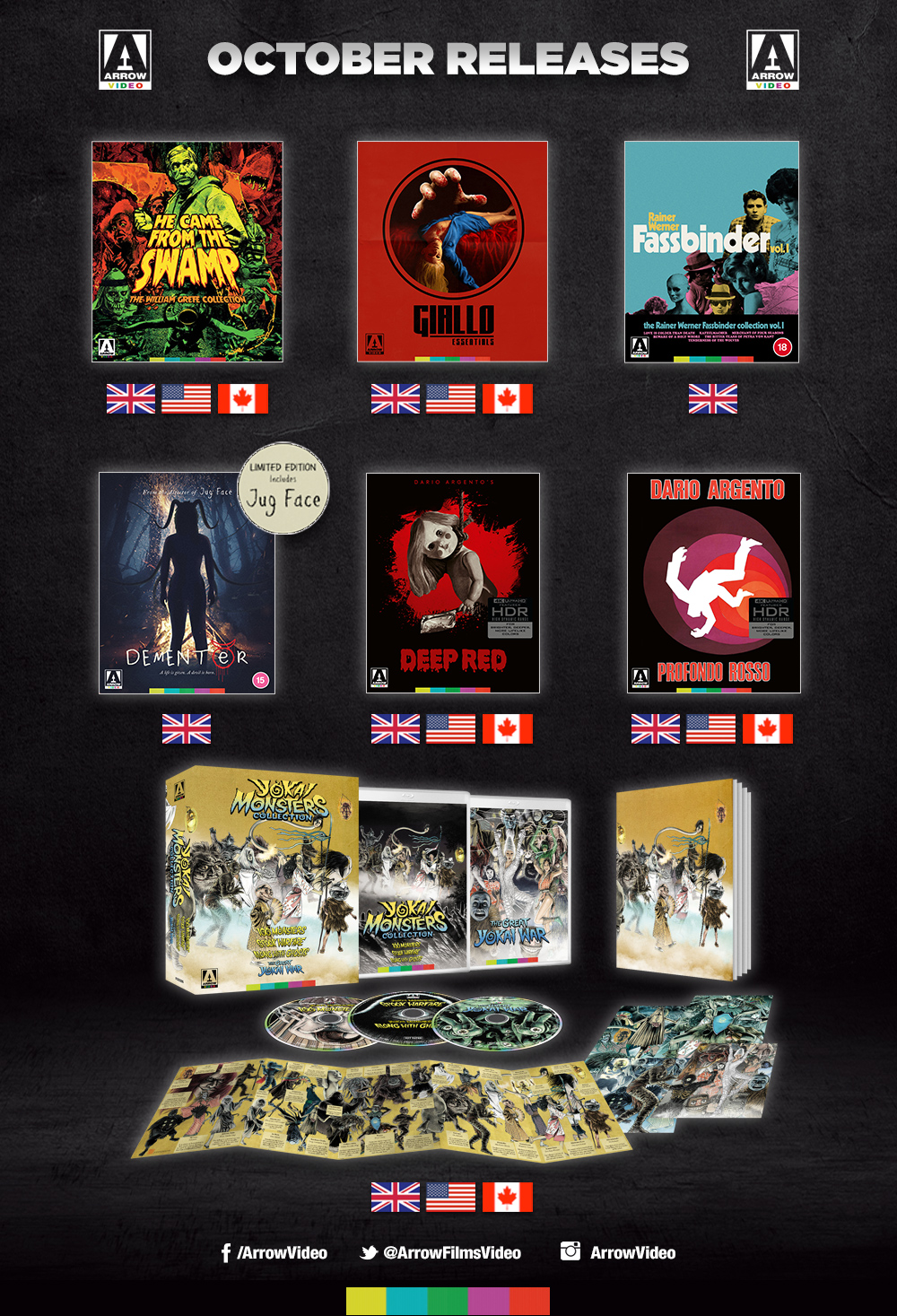 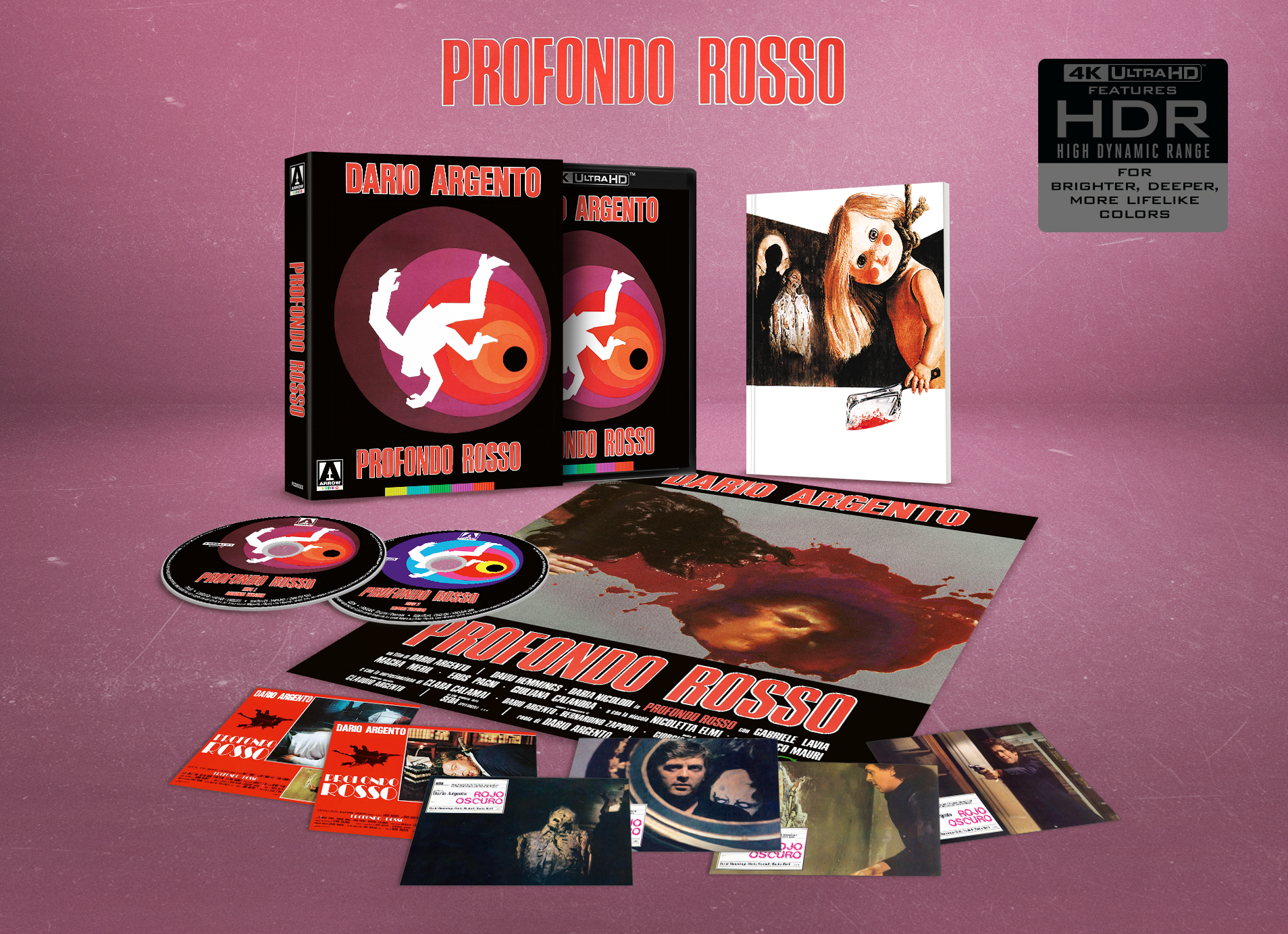 Oui, ça se comprend parfaitement. Il me restait des points donc j'en ai eu pour le même prix...
Every day's a gift. It's just... does it have to be a pair of socks?


Michael Mackenzie wrote:Here it is, the motherlode! I think pretty much everyone knew this was coming, but I'm glad the cat's finally out of the bag and I can actually talk about it officially.

This, for those who were wondering, is the 2-perf Techniscope title I conformed myself just over a month ago (long story, but essentially we ended up with unusable data and concluded that it would be quicker just to conform the film ourselves). In the process, we discovered a whole bunch of goodies, including the original negatives for a bunch of English-language inserts I'd assumed were lost to the ages. These have been restored and graded and are included in the shorter export cut of the film (which, like the original Italian cut, is presented in full UHD).

Those of you who're familiar with DEEP RED will know that it has a slightly convoluted production history, with a shorter 105-minute cut being prepared, under Argento's supervision, for export markets compared to the original 126-minute Italian version. This involved them actually physically recutting the original camera negative, with the result that a whole bunch of shots were effectively cut in half. Luckily, rather than just throwing the trims away, they were preserved as a separate reel, meaning we were able to reassemble the entire original film. I say "we", but Silver Salt in London did the real heavy lifting, and what they've managed to accomplish is nothing short of a minor miracle. The end result is seamless in a way I didn't think was possible, with only the tiniest bump in a couple of shots to indicate that they were reassembled from two different elements that were stored separately and subject to differening levels of degradation. The licensor also supplied IP scans for these "split" shots, but thanks to Silver Salt's efforts we didn't have to rely on them once, the result being that this new version of DEEP RED is original negative from beginning to end (DEEP RED is one of those rare films with zero post-production trickery, with even the fades to black at the ends of scenes achieved in camera by dimming the lights on set). The sole exception to this is the credits, for which we were given access to Quentin Tarantino's "Hatchet Murders" print for the short version.

The grading is also much improved on the previous release, to a degree I didn't realise would be possible. With the 2017 release, we were working with an existing, substandard grade of the film, which we corrected as best we could. This time, we were able to start from scratch and grade straight from the raw neg scans, and the results speak for themselves. You'll see an incredible difference in the parapsychology conference scene at the start, but the improvements are present throughout and make this the best DEEP RED has ever looked on any format.

Oh, and David Mck did that authoring thingy which all the cool kids tell me simply involves flicking a switch then sitting back and doing nothing.

We've also kitted this release out with a pile of new extras (in addition to carrying over everything from the previous release). Troy Howarth and Nathaniel Thompson finally got to record that commentary I originally promised years ago but which fell by the wayside due to unforeseen circumstances, and the nearly three hours of new interviews Federico Caddeo shot for us in 2017/2018, which have until now languished on the iTunes release, are finally seeing the light of day on a physical release. Also, Rachael Dunnett contributed a fantastic new essay on the film's striking use of architecture, and Ian Christ and Peter Jilmstad gave me access to some amazing poster and lobby card scans for an all-new image gallery.

Because of the unusually complex nature of DEEP RED's restoration, we prepared a slightly more in-depth "About the Restoration" text for the booklet. For those who're interested, here it is in full:
---
Deep Red / Profondo Rosso is presented in its original aspect ratio of 2.35:1 with Italian and English mono and Italian 5.1 sound and was restored in 4K by Arrow Films.

The original 35mm 2-perf Techniscope negative was scanned and restored in 4K resolution at L’Immagine Ritrovata, Bologna. A 35mm print of The Hatchet Murders was scanned in 4K for the opening titles of the English export version, while the various alternate English-language insert shots unique to this cut were sourced from the original negative. Both the original Italian cut and the English export version were conformed at Arrow Films and graded in 4K HDR/Dolby Vision at Silver Salt Restoration, London.

Because the original negative was physically recut in 1975 to create the shorter English export version, it had to be reassembled to recreate the full-length Italian version for this release. This included a handful of instances of cuts having been made mid-shot, with the two different halves stored separately and subject to differing levels of wear and tear. These shots have been restored to their full original length, with digital restoration tools employed to make the joins as seamless as possible, though some minor and unavoidable visual fluctuations may remain.

The mono mixes were remastered from the original sound negatives at L’Immagine Ritrovata. The audio synch will appear slightly loose against the picture, due to the fact that the dialogue was recorded entirely in post-production, as per the production standards of the period. English audio was never recorded for the scenes unique to the Italian version, and as such the English track reverts to Italian audio with English subtitles for these sections.

tenia wrote: ↑30 Jul 21, 21:09 Wthe credits, for which we were given access to Quentin Tarantino's "Hatchet Murders" print for the short version.

Arrow Video qui se rapproche de Tarantino, c'est une très bonne nouvelle pour la suite...
Every day's a gift. It's just... does it have to be a pair of socks?