Leading producer-distributor Studiocanal, which boasts one of the biggest film libraries in the world with more than 5,500 movies, is gearing up for a slew of major theatrical and DVD releases sure to titillate fans of classic cinema, among them Jean-Luc Godard’s beloved 1960 film “Breathless.”

Studiocanal is expecting similar success with its newly restored reissues.

The film will be released in theaters in France on Oct. 28, in Germany the following day and in the U.K. on Nov. 13. It will also be reissued in other territories, such as Italy and Japan, in 2021.

A new UHD collector’s edition that includes brand new bonus features (such as Martial Solal’s original soundtrack on a 33 rpm vinyl) will follow the theatrical reissue in Studiocanal territories.

Another big autumn release is Paul Verhoeven’s “Total Recall,” in a new 4K restoration supervised by Verhoeven himself, Hochart added.

“The film premiered at the Deauville Film Festival in September in 4K and has been in French cinemas since Sept. 16. Last Saturday, the movie had an exceptional theatrical release in the U.S., thanks to our long-term partner Rialto Pictures, during a Fathom event. The movie was launched in 256 cities across the country.”

The “Total Recall” theatrical campaign will feature an exclusive new poster designed by Kyle Lambert, who created the key art for “Stranger Things.” Studiocanal will release a special UHD collector’s edition in November in its direct distribution territories and in the U.S. through Lionsgate.

“We can already expect excellent results in France according to Amazon and FNAC pre-orders,” Hochart noted. Outside Studiocanal’s territories, the movie will also be released theatrically in the Benelux, Japan and Spain.

Also coming to French cinemas on Nov. 4 is the Jean-Pierre Melville’s masterpiece “Le Cercle Rouge,” which will also be released as a UHD collector’s edition at the end of November in France, the U.K. and Germany.

Studiocanal’s biggest re-release this year in France was Mathieu Kassovitz’s 1995 drama “La Haine,” which boasted some 33,000 admissions this summer, making it the country’s second best 2020 re-release, followed by “The Elephant Man,” with more than 20,000 admissions via distribution partner Carlotta Films. “La Haine” will also be released in a UHD collector’s edition on Nov. 25 and Studiocanal is already expecting to sell some 4,000 units.

“We are also thrilled with the successful theatrical release in Germany of the 4K restoration of ‘The Tin Drum’ to celebrate its 40th anniversary,” Hochart said. The special event release included 100 cinemas in Germany and Austria with live 45-minute Q&A sessions with Schlöndorff. Studiocanal released DVD and Blu-ray collector’s editions on Oct. 8.

“’Flash Gordon’ was also a great summer hit in the U.K. and in Germany,” Hochart said. Studiocanal re-released it for its 40th anniversary in UHD collector’s editions in all of its markets.

“It was No. 1 in the German DVD and Blu-ray charts and No. 2 in the U.K. charts in August. In the U.K., where ‘Flash Gordon’ is an absolute cult movie, physical sales have now exceeded 14,000 units and box office is up to £46,000 [$59,226]. These examples illustrate that with good marketing the home entertainment market remains buoyant for cult movies.”

For 2021, Studiocanal has several high-profile re-releases planned, including “Basic Instinct” in May and several titles that have yet to be scheduled, such as Joe Dante’s 1981 “The Howling”;
Joseph Losey’s 1976 wartime drama “Monsieur Klein,” starring Alain Delon, and his 1963 drama “The Servant”; Michael Powell’s 1960 horror thriller “Peeping Tom”; and Jacques Becker 1945 French classic “Paris Frills” (“Falbalas”), all of which will receive theatrical releases in at least one of Studiocanal’s territories.

The company is also planning a special event next year to celebrate the 20th anniversary of “Bridget Jones’s Diary” – if circumstances surrounding the pandemic allow for it, Hochart added. 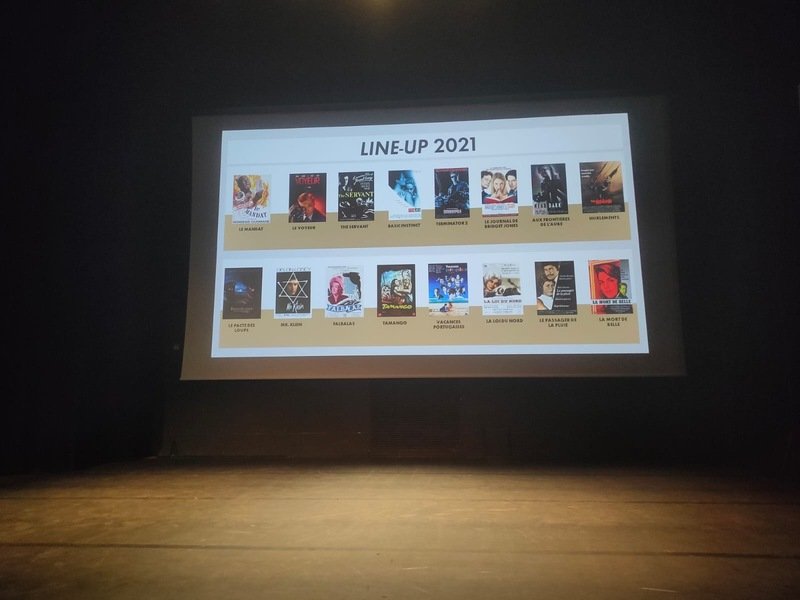