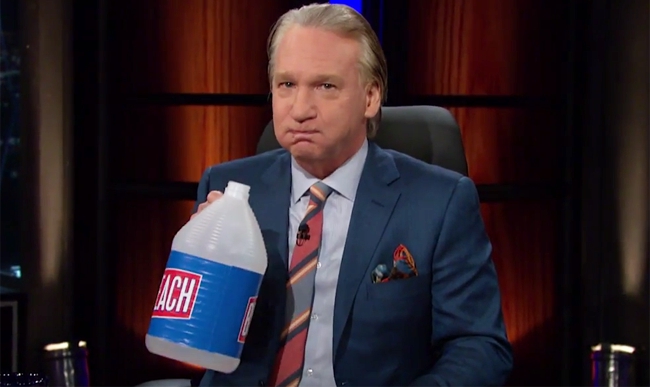 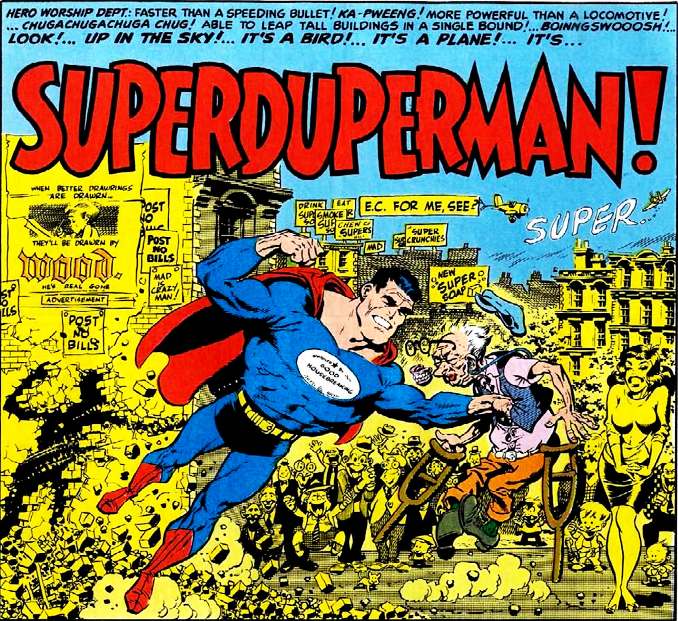 The war within Robert Aaron Long was evident for years.
A unitary theory about what brought Long — now facing murder charges in the shootings of eight people, six of them Asian women — to three Atlanta-area spas on a chilly Tuesday evening is as elusive as the explanations the 21-year-old repeatedly sought for his own troubles. What is clear is that those who spent time with Long in recent years often saw a life in severe disruption.
That wasn’t always the case. At Sequoyah High School in Canton, Ga., Long, who went by his middle name and graduated in 2017, kept a low profile. He played the drums, carried a Bible and attended meetings of a Christian student club. Outside of school, he hunted deer, played video games and traveled with his church youth group.
In an Instagram bio that the social media company has since removed, he summed himself up as “Pizza, guns, drums, music, family, and God. It’s a pretty good life.”

But over the past four years, Long’s life turned toward the tumultuous. He started college classes and left after one year. He believed he was straying from his faith, telling friends that he was fixated on sex to the extent that he thought he was addicted. His relationship with a girlfriend collapsed after she found out that he frequented massage businesses, according to his roommate. His bond with his parents frayed; on the night before the shootings, they threw him out of their house, according to police.

Long’s former youth pastor, Brett Cottrell, has struggled to reconcile the mission-driven boy he knew in the youth group at Crabapple First Baptist Church in Milton, Ga., with the young man who ended up confessing, according to police, to the killings of eight people.
The youth ministry “was his deal,” Cottrell told The Washington Post. Whether it was outreach to younger children or summer mission trips to Costa Rica, Pittsburgh, and Brunswick, Ga., Long seemed kind and happy — a leader, the pastor said.

I don’t say this callously: I don’t know what’s happened in Aaron to get to this point,” Cottrell said. What happened at the spas “doesn’t seem in any way like the young man I knew.”
A devotee of a strict church
Long grew up in a one-story gray ranch-style house in the woods of Woodstock, a leafy, mostly White town about 30 miles north of downtown Atlanta. His parents, Robert and Diane Long, bought the place in 2002 for $127,500, according to real estate records.
They “come across as a good Christian family,” said Mary Morgan, 88, who lived near Long’s parents and younger sister.
The family was active at Crabapple, the Southern Baptist church where Aaron’s father, Robert “Buddy” Long, was a valued lay leader. Aaron and his parents attended Sunday services, afternoon group activities and Wednesday evening meetings, church members said.
Church officials — who removed their social media pages, including videos of Long, hours after the shootings — initially declined to comment but on Friday issued a statement confirming the family’s membership and expressing grief over the attacks and sympathy for the victims.

The evangelical congregation’s minister, the Rev. Jerry Dockery, is an energetic preacher who advocated for a socially conservative brand of Christianity that, as the church bylaws put it, views “adultery, fornication, homosexuality, bisexual conduct, bestiality, incest, polygamy, pedophilia, pornography, or any attempt to change one’s sex, or disagreement with one’s biological sex (sic)” as “sinful and offensive to God.”

At Sequoyah High School in Cherokee County, Long remained unknown to three of the valedictorians and salutatorians in the Class of 2017. They told The Washington Post that although they knew many of their 400-plus classmates, they’d never heard Long’s name until this week.

But another classmate who did know Long — and confirmed that he came off as “super shy” — said that back in high school, when a video emerged in which a Sequoyah student used a racial slur against a school security officer, Long spoke out.
“I specifically remember,” the classmate told WGCL -TV in Atlanta. “That made him angry, and he said, ‘That’s dumb,’ like pretty much, like, ‘Why are they being racists?’ ”

In the school yearbook, Long was quoted as saying, “I really feel like God is wanting me to be a leader in the church.”
An unsteady adult life
But after finishing high school, Long seems to have drifted. He took odd jobs for neighbors. He enrolled at the University of North Georgia campus in Cumming, 45 minutes from home, but left after one year without completing any degree program at the school, which primarily offers community college-level courses.
In 2018, he was baptized at his family’s church.
By January 2019, he was involved in a relationship with a woman in Chattanooga, Tenn., but his parents called the police that month to report that Long, then 19, had gone to visit the girlfriend and refused to return, according to a report from the Cherokee County Sheriff’s Office.

Long appears to have devoted much of his energies during high school to his faith. He was, according to the school’s 2014 yearbook, a member of Sequoyah’s First Priority Club, part of a national organization that sends youth leaders into public schools “to coach them on how to reach their campus for Christ,” as the group’s website puts it.

A deputy who met with the parents at their house wrote that Long had not returned on time from the girlfriend’s home in Chattanooga and had texted his parents to inform them that he would not be coming back. “He wanted a fresh start,” the deputy wrote. Long and his girlfriend ignored his parents’ repeated calls, they told the deputy, so they called 911.

The parents said Long did not suffer from mental illnesses, did not take any medication and was not suicidal, the deputy wrote. So he told the couple that Long did not match the criteria needed for a missing person report and instead issued a lookout alert for an “overdue motorist.”
By August of that year, Long was back in Woodstock, but not home with his parents. He was living, for about six months, at Maverick Recovery, a 12-step transitional-housing facility in Roswell, Ga., about 13 miles from home. He was also frequenting massage spas, one of his friends said — including, according to Atlanta police, the same Atlanta spas where this week’s slayings occurred.
Long sought treatment for his pornography habit and penchant for buying sexual services at massage facilities, according to his parents and Tyler Bayless, a roommate at Maverick from August 2019 through at least January 2020.

Bayless said Long spoke often about rekindling his religious faith but repeatedly fell back into what he called an addiction to sex. Bayless, who said he was at the facility to recover from an alcohol and drug addiction, said Long was plagued by the conflict between his belief that his obsession with sex was immoral and his dedication to furthering his faith.
“He was militant about it,” Bayless said. “This was the kind of guy who would hate himself for masturbating, would consider that a relapse.”
Long told his roommates that his fixation on sex and his frequent visits to spas caused the collapse of his relationship with his girlfriend.
“My understanding of the timeline is he had a girlfriend, [was] active in the church, all this other jazz, and then he started going to these spas and eventually the truth came out and it blew up the whole thing,” Bayless said.
Georgia shootings could test state’s new hate-crimes law as debate rages over suspect’s motive
Residents at Maverick were encouraged to hold each other accountable, the roommate said, and on at least three occasions, Long called Bayless into his room to hear him confess his sins.

Long blamed his troubles on pornography, Bayless said: “He hated the pornography industry. He was pretty passionate about what a bad influence it was on him. He felt exploited by it, taken advantage of by it.”
To wean himself off porn, Long set strict limits on his use of the Internet, didn’t own a smartphone and deleted his Facebook account, Bayless said.
“He had a flip phone because he didn’t want to be able to get online,” the roommate said. “He had a computer that had all the blocks in the world on it.”
Long would occasionally report to Bayless that he’d had sex or that he had been “masturbated by” workers at massage businesses.
The men who lived at Maverick with Long would ask him why he sought out massage facilities rather than paying for a prostitute, and Long said he believed the spas were safer, Bayless recounted.

But why Asian spas in particular, the men asked — foreshadowing the questions many have asked about the targeting of Asian women at the three spas attacked this week.
“We said ‘Why, is it, like, an Asian thing?’ ” Bayless said. “The response is always no. It’s hard to know now, of course.”
In wake of Atlanta slayings, lawmakers clash during emotional hearing about attacks on Asian Americans
On one occasion, Long came back from a massage spa and called Bayless in to say he was having suicidal thoughts. He was “living in sin” and “walking in darkness,” he told his roommate. Long said he was fighting for his salvation.
Bayless said he urged Long to seek psychiatric or psychological care, but Long insisted on sticking to spiritual counseling.
“He was uninterested in therapy that was not specifically related to the church,” Bayless said.
After leaving Maverick, Long transferred to an intensive inpatient addiction facility, HopeQuest Ministry Group, which specializes in treating sex and pornography addictions and the traumas that fuel them, using counseling “integrated with Christian principles,” according to the group’s website.
HopeQuest, which sits on an 18-acre wooded campus in Long’s hometown of Woodstock, says it started more than two decades ago mainly as a drug and alcohol rehab center, but now finds that about half of its clients are there to confront sex and pornography addictions.
HopeQuest’s Woodstock facility lies one mile from Young’s Asian Massage, where the first shootings took place on Tuesday.
After the 911 call by Long’s parents in 2019 when their son didn’t return home, police have no record of any contact with the family until Tuesday evening. At 6:51 p.m., as his son’s image appeared on TV and all over the Internet, Robert Long called police. It was nearly two hours after the first call to police about the shootings. The suspect police were looking for, the father said, according to 911 call records, could be his son.

Moments later, another, anonymous caller told police that Long “was kicked out of his parents’ house last night,” according to a log of 911 calls. The caller added that Long “was emotional.”
Other 911 calls soon trickled in. Some callers said they knew the shooter by name. A woman called police shortly before 8 p.m. to say the suspect looked like Aaron Long, her old co-worker. As a result of the coronavirus pandemic, he had been furloughed from a company that installs trade show exhibits, the 911 call log noted. Reached by a reporter, the woman declined further comment. The company did not respond to requests for comment about Long.
On Friday, in an unsigned statement posted on its website, Crabapple First Baptist Church confirmed that “we watched Aaron grow up and accepted him into church membership when he made his own profession of faith in Jesus Christ.”
Now, the church statement said, the “unthinkable and egregious murders directly contradict his own confession of faith in Jesus and the gospel.”
As a result, the church said it has begun a disciplinary process aimed at removing Long from the congregation.
“We want to be clear that this extreme and wicked act is nothing less than rebellion against our Holy God and His Word,” the statement said, adding: “We can no longer affirm that he is truly a regenerate believer in Jesus Christ.”